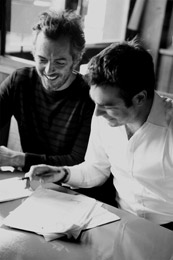 The son and grandson of hoteliers, Jérôme Foucaud honed his talents over a ten-year period in the seasonal luxury hotel business in Saint-Tropez and Courchevel, before leaving his role as operations manager for Hôtels Byblos to embark on the Murano adventure in 2003. Between 2004 and 2009, he created two strong and distinctive hotel brands, Murano Resort and KUBE Hotel, and opened four establishments in Paris, Marrakech and Saint-Tropez. In spring 2010, approaching the age of forty and with twenty years’ experience, he decided to set up his own business: 00F
Jérôme Foucaud is currently busy working on projects in a variety of areas:
- The hotel and restaurant trade as a consultant, developer and/or operator.
- Investments in the hotel and restaurant sector.

Given his close affinity with his native Savoy, Le TIGRR Megève is a project very close to Jérôme Foucaud’s heart and has offered him the opportunity to return to the region of his paternal grandparents, who had initially introduced him to the hotel and restaurant business.
Saint-Tropez was an obvious destination for the second den of Le TIGRR, as Jerome Foucaud has resided with his family on the peninsula for the past twenty years.

Originally from Marseille, Philippe Di Méo left the allures of the great Mediterranean port city in 1982 to train as an architect at the Ecole des Beaux Arts in Aix-en-Provence before moving on to Paris. Graduated with a degree in design, he quickly went on to set up his own agency in 1989 called Reso Design.
From the outset, he has worked closely with the world of luxury design, adding his own personal touch and preserving the authenticity and savoir-faire of each of the famous names he has worked with, while simultaneously bringing them smoothly up to date.
Over the last 20 years, he has produced numerous creations for the likes of Moët & Chandon, Dom Pérignon, Baccarat, Christofle, Raynaud, Sofitel, Coca Cola, Guerlain, Jean Paul Gaultier, Sephora and recently Arte. After several exhibitions in Paris, Tokyo and Hong Kong, Philippe Di Méo forged ahead in his independent career by creating exclusive items for some of the biggest names in French tableware and homeware.
Whether working solo or as a part of a team, Philippe Di Méo is firmly committed to a sense of freedom and an open mind, always ready to break new ground and explore new possibilities.
Since their first meeting in Paris in 2004, Jérôme Foucaud and Philippe Di Méo have worked closely together on a number of projects.
For this latest collaboration, the artist was responsible for creating a new name, TIGRR, a new identity, and a new scenography for the restaurant and bar areas for both the Megeve and the Saint-Tropez locations. 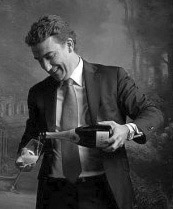 With twenty years’ experience in the luxury restaurant business, Arnaud Duhem is very much a man of action. After five years in a variety of roles with the Alain Ducasse Group, Arnaud Duhem turned his skills to luxury hotel restaurants. Between 2005 and 2009, he was the Director of Food & Beverage at the Park Hyatt Paris Vendôme, and under his leadership, operation enjoyed growing success year after year. In 2007, the bar was voted the best hotel bar in Europe (Prix Villégiature), and in March 2008 the Pur’ restaurant was awarded 1 star by the Guide Rouge. In early 2010, Arnaud Duhem joined the Shangri-La Hôtel Paris project as Director of Food & Beverage, with the mission of creating the establishment’s entire Food & Beverage offerings and ensuring the very highest standards of service, management, hospitality and quality for the hotel’s six points of sale (three restaurants, one bar, banquet and reception room, and room service). In March 2012, just 14 months after the opening, two of the three restaurants earned recognition by the Guide Rouge (l’Abeille 2 stars and le Shang Palace 1 star).
In 2012, Arnaud Duhem founded Carpe Duhem, a hotel and restaurant consultancy. He works frequently with Jérôme Foucaud, designing and realizing various restaurants and bars.
For the TIGRR project, Arnaud Duhem has provided the benefit of all his skill and experience to help with the creation of the tableware, menus, and selecting suppliers and products. 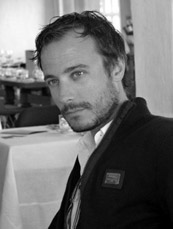 With a Masters in Tourism from the University of Angers and additional training in Orlando, Florida, Christophe Lemblé embarked on an internship with Jérôme Foucaud in June 2007.
Since then, the two have continued to work together.
From Paris to Marrakech, via Saint-Tropez and Megève, the young man from Alsace has accompanied Jérôme Foucaud in most of his professional adventures.
Since May 2012, Christophe Lemblé has been in charge of l’Hôtel Ermitage in Saint-Tropez for the summer season.
With the local connections built up over two winter seasons spent in Megève in 2010 and 2012, Christophe Lemblé is the master of the house at the TIGRR Megève. 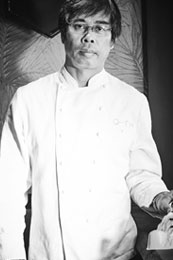 Oth SOMBATH is considered to be the greatest Thai Chef in France.

Oth SOMBATH has worked extensively in different “Blue Elephant” restaurants on the planet in Paris and Brussels, Liège or Copenhagen before opening his own restaurants in the capital.
Little prince of the cuisine of his country, he stood out at the Parisian Blue Elephant in the 1990’s (he “invented”, among other things, chocolate nems) and Ban Thai Lille and Paris, the Bali Bar in the 11thdistrict, at Benkiraï in Saint-Tropez … Oth SOMBATH no longer works in a restaurant but acts as a consultant and accompanying various Asian catering structures internationally.

For the TIGrr concept, this king of redesigned and revisited Thai spices determines the menus, recruits, forms and accompanies the cooking teams.

AN ORIGINAL THAI CUISINE
By its origins, Oth SOMBATH loves Thai food, which he renews in his own way, gently upsetting it.
Over time, the cuisine of Oth Sombath has become more and more inventive and sober, to currently reach its maturity and precisely developing the dedicated recipes for the TIGrr: Tom Yan Kung reinterpreted with talent, royal seabream with Thai herbs grilled in banana leaf, steamed lime bar …
The spices are mastered, the dressing of the plates very contemporary while preserving the authenticity of this so singular cuisine … the exoticism, sweetness or spiciness, the finesse of flavors.

Dan Adrien and Jérôme Foucaud became friends thirty years ago thanks to their shared love of music. Since then, their professional careers have crossed paths on many occasions.
Dan Adrien began his career as a DJ in 1985 at La Grange in Courchevel 1850.
In the summer months, he ruled over the turntables at the no less famous Caves du Roy in Saint-Tropez and the Amnésia in Cap d’Agde.
In 2002, he moved to Paris, where he still lives. After a spell as resident DJ at theTanjia, he became artistic director at the Nirvana in 2003.
In 2004, he joined the group Murano in Paris as artistic director and DJ: for six years he held court at the Murano Resort in Paris and Marrakech, as well as the Kube Hotel in Paris and Saint-Tropez, famous for their ice bars.
Since the end of 2012, Dan Adrien has been working on a freelance basis, dividing his time between providing musical sets for venues or events and booking artists.
At Le TIGRR Megève, Dan Adrien, the experienced DJ par excellence, orchestrates a program that transcends frontiers and fashions: his sound is at once qualitative, rare and fun, a journey into classic funk, house and disco from the 70s to the present day… 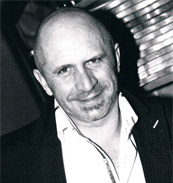